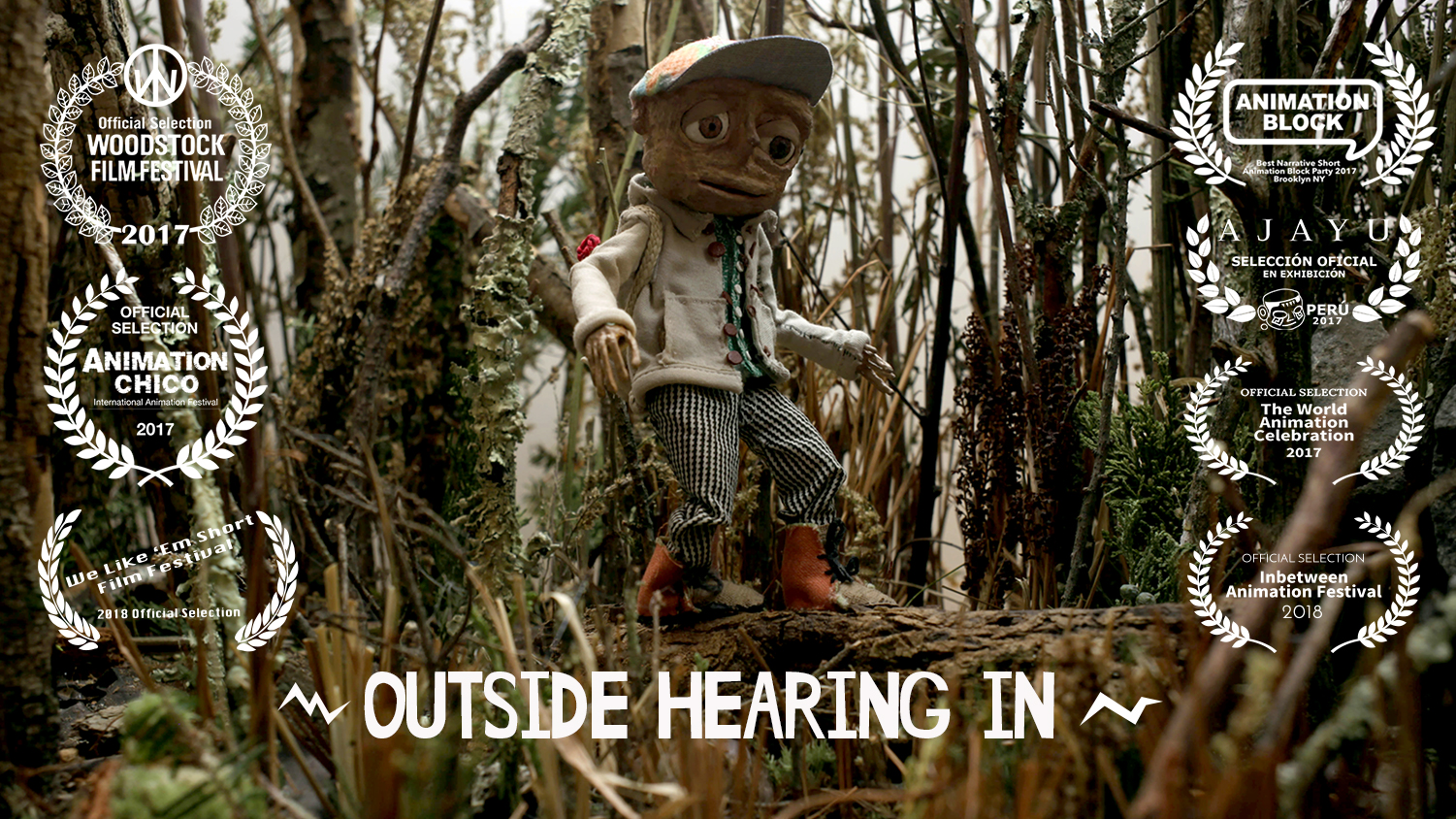 Outside Hearing In is a stop motion animated short film that explores the ineffable quality of sound. Imbedded within the film is radio show of candid audio recordings derived from our community. The narrative allows for both an entertaining film and auditory experiment.

Synopsis: Previously content all on his own, Calvin finds himself able to hear the detailed soundtracks of lives far beyond his own doorstep. The cacophony of life’s sounds is at first unbearable but when Calvin finds a way to tune into them individually; he begins to find the noises, stories, conversations, and ramblings comforting and even familiar. Calvin sets out to build his own radio tower and transmit his gift – broadcasting the intangible with those that need reminders that they aren't alone.
‍
Behind the Scenes ➝‍

Joining one of the oldest printmaking techniques with digital media tools, this series of portraits is carved from linoleum blocks and brought to life through animations using Photoshop and AfterEffects.

Examining the practice of replicating nature in art and architecture, this series of videos replaces the surfaces of cast 'ideal' natural forms on corbels with edited video of unconventional plants and natural textures. Highlighting the entropic and decaying parts that tend to be excluded from typical notions of aesthetic beauty.

A series of four unique and dynamic stop motion commercial spots for health food and dieting start up Go2Go NYC.

Inspired by a colorful letter that I received from my grandmother, Sue, and the desire to experiment with writing on text effects - this playful short follows a curious group of turkeys.

Neon inspired illustrations and title cards were made for each Switch n' Play cast member in this 2019 documentary. Along with an end credit sequence that includes a collection of tongue in cheek 'neon sign' animations.

Animation and motion graphic sequences, along with illustrations for Capitol, a documentary about the death penalty in Texas.